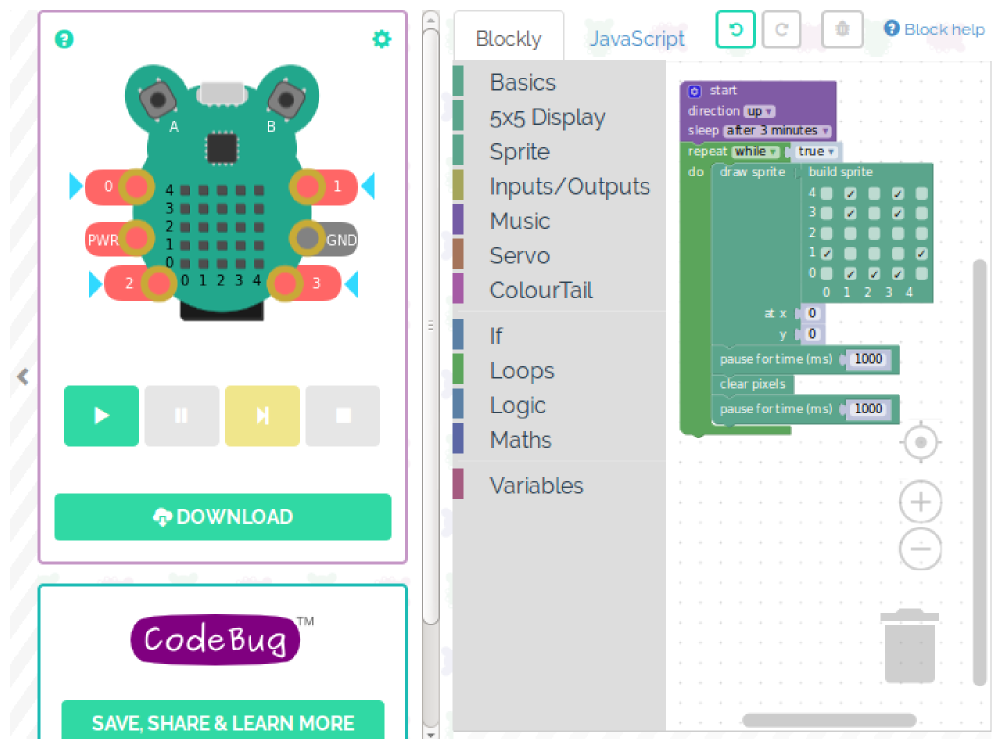 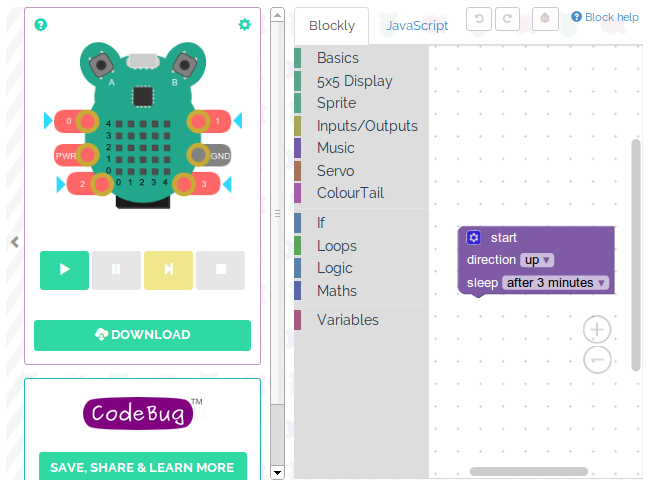 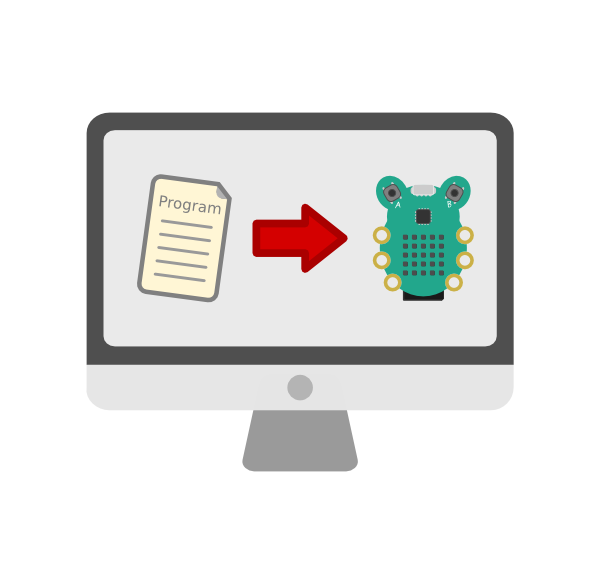 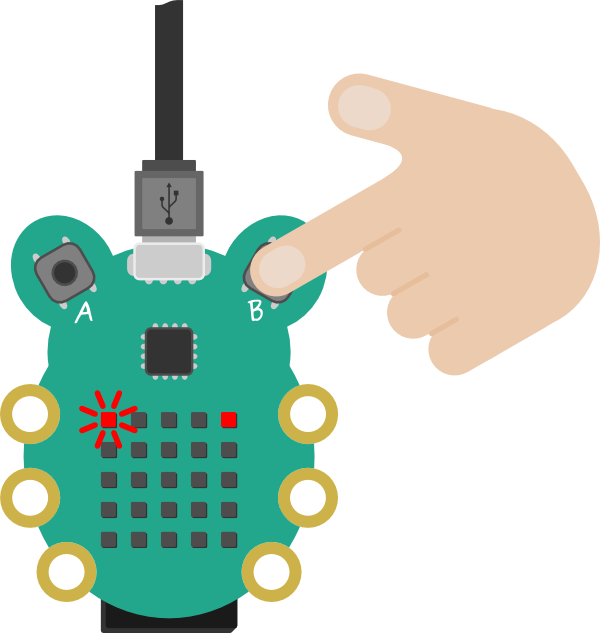 A game in which you need to avoid falling rocks, You are the dot at the bottom, press A and B to go left and right. It's a work in progress. It can be improved in many ways... rock1x = ((rock1x+score) * 7) % 5 is an attempt to get some random looking number for the next rock column. Variables: score = the current score (how many rocks have been avoided). position = current x position of player (they are always at y=0, at the bottom) rock1x, rock1y = the position of the falling rock (intended later to have more than one rock, so it is rock1...) rocktime = how many 'ticks' (times around the while loop) the rocks stays in one place before moving down. Reduce this number to speed up the rock. rocktimecount = How long until rocktime should be reduced to speed up the rock. rock1time = the current 'rocktime' of rock1. rock1timecount = the current 'rocktimecount' of rock 1. game_over = Well, it starts off as false, and when a collision between the player and the rock is detected, it is set to true and the while loop stops, shows the game over message.