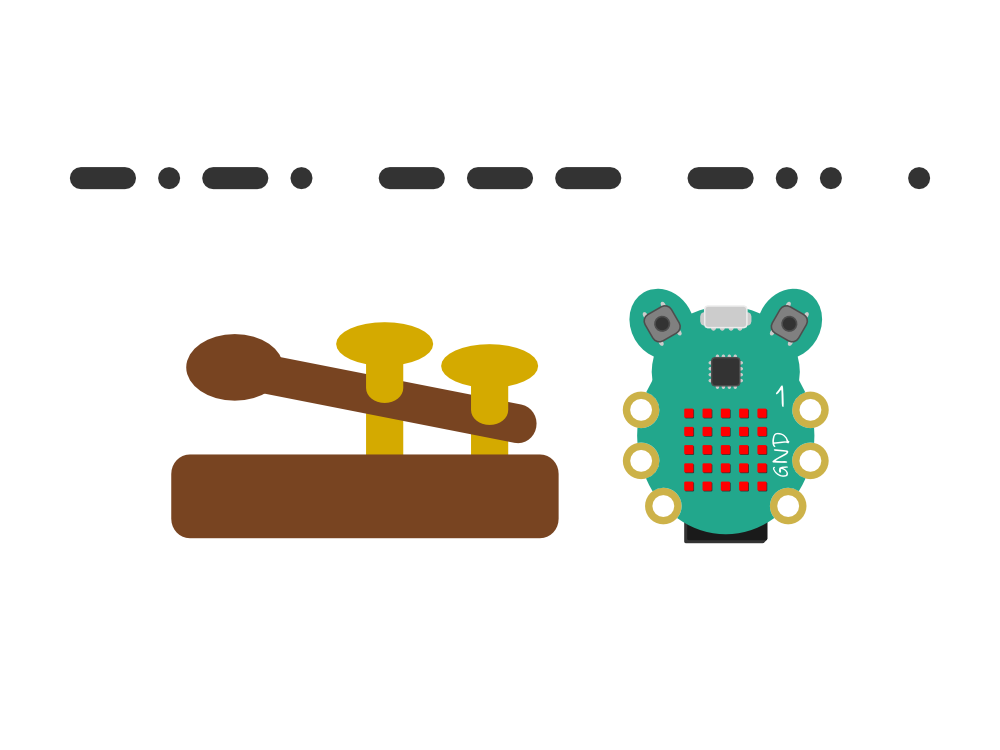 Learn how to turn CodeBug into a morse code generator and send secret messages to your friends.

Ever wanted to send your friend a secret message? Now you can, with CodeBug! You can send Morse Code messages with CodeBug using its LED, music blocks and buttons.

Morse Code is like a dictionary for letters to be spelt out in dots and dashes. Every letter has a unique sequence of these dots and dashes so you know which letter is being sent. Dots are created using small pulses and dashes with large ones.

Dots and dashes are used in combination because if you just used dots, then for each letter to have a unique sequence, you would have to have letter codes with up to 26 dots, this would take too long to transmit and people would almost certainly lose count! By using dots and dashes, Morse Code can represent all the letters with a maximum sequence length of just four, so even though a dash is 3 times longer than a dot, representing characters is still quicker than just using dots.

Morse Code is used with a number of different mediums such as: radio, telegraph and spotlights. It was invented in 1836, it played a major part in World War II communications and is even still used today!

Although we are transmitting simple messages made of dots and dashes, you can unknowingly transmit more information than you intended. In the second world war, people intercepting enemy military messages could tell which operator was sending the message based on the length of time they held down the telegraph tapper (a morse code ‘accent’, if you will), which meant they could tell when an operator was pretending to be someone else. 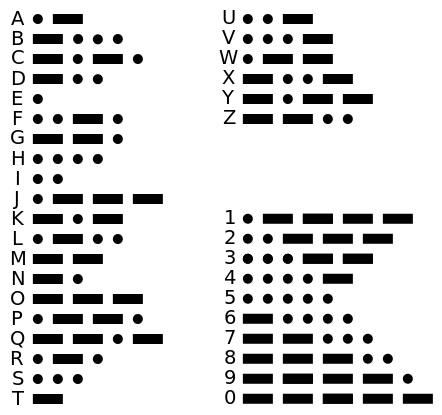 There are rules to help people distinguish dots from dashes in Morse code.

Use cheap headphones when connecting them to CodeBug as misuse could damage the headphones.

Warning: This will be very loud, do not put the headphones into your ears.

You will find that the volume of the noise will be too loud when using headphones. You can change the volume by adding a resistor in series between leg 0 and the headphone tip. Larger resistor values will make the music quieter. 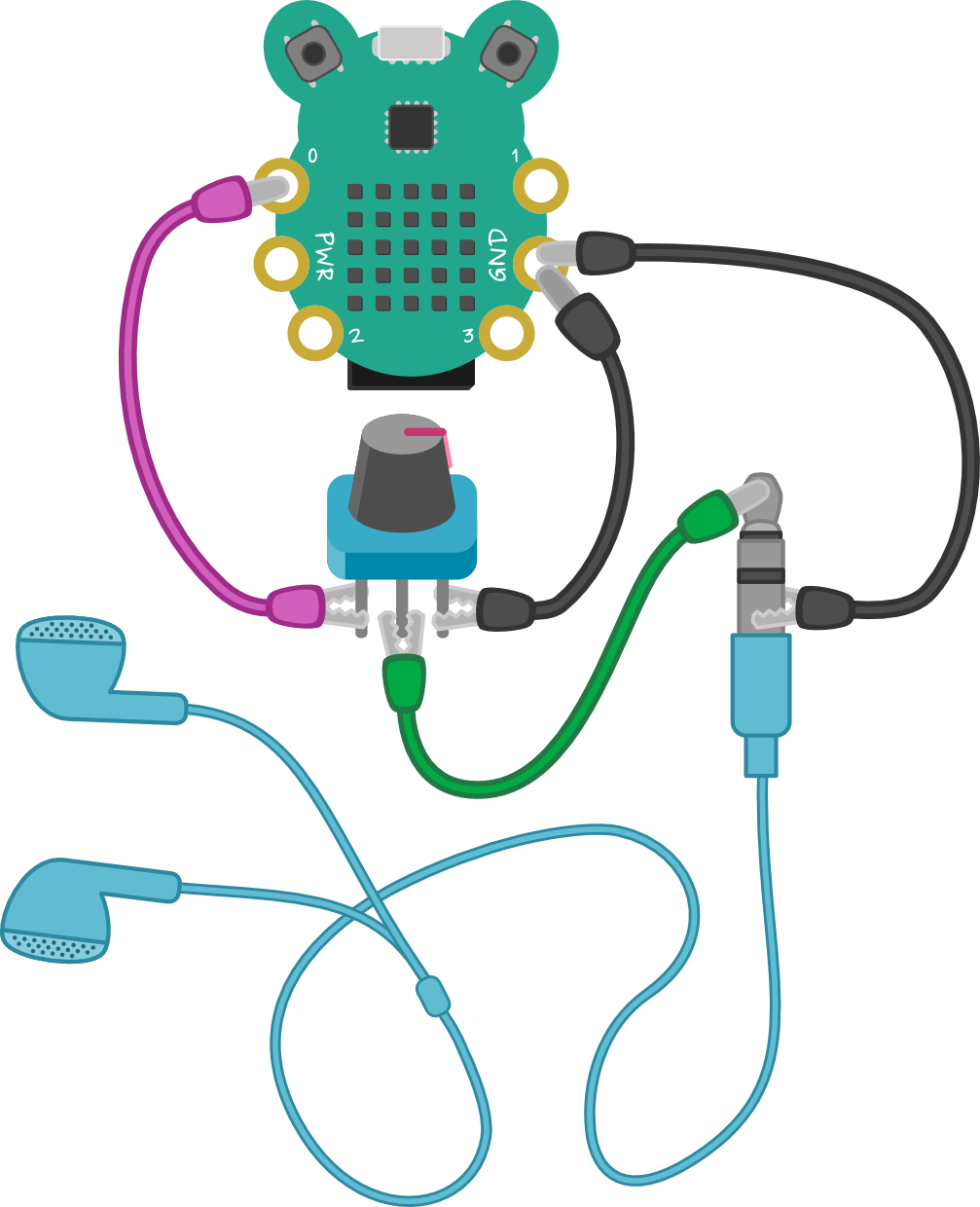 Try encrypting your messages by shifting the Morse alphabet, so that the code for A (dot and dash) is what you use for B instead, and shift all the rest down by one too.