CodeBug had an amazing time last week at the annual Bett show in London. We took down lots of CodeBug demos and two big CodeBugs that we had made especially for the event. Needless to say, it was an exciting train ride down to the show. 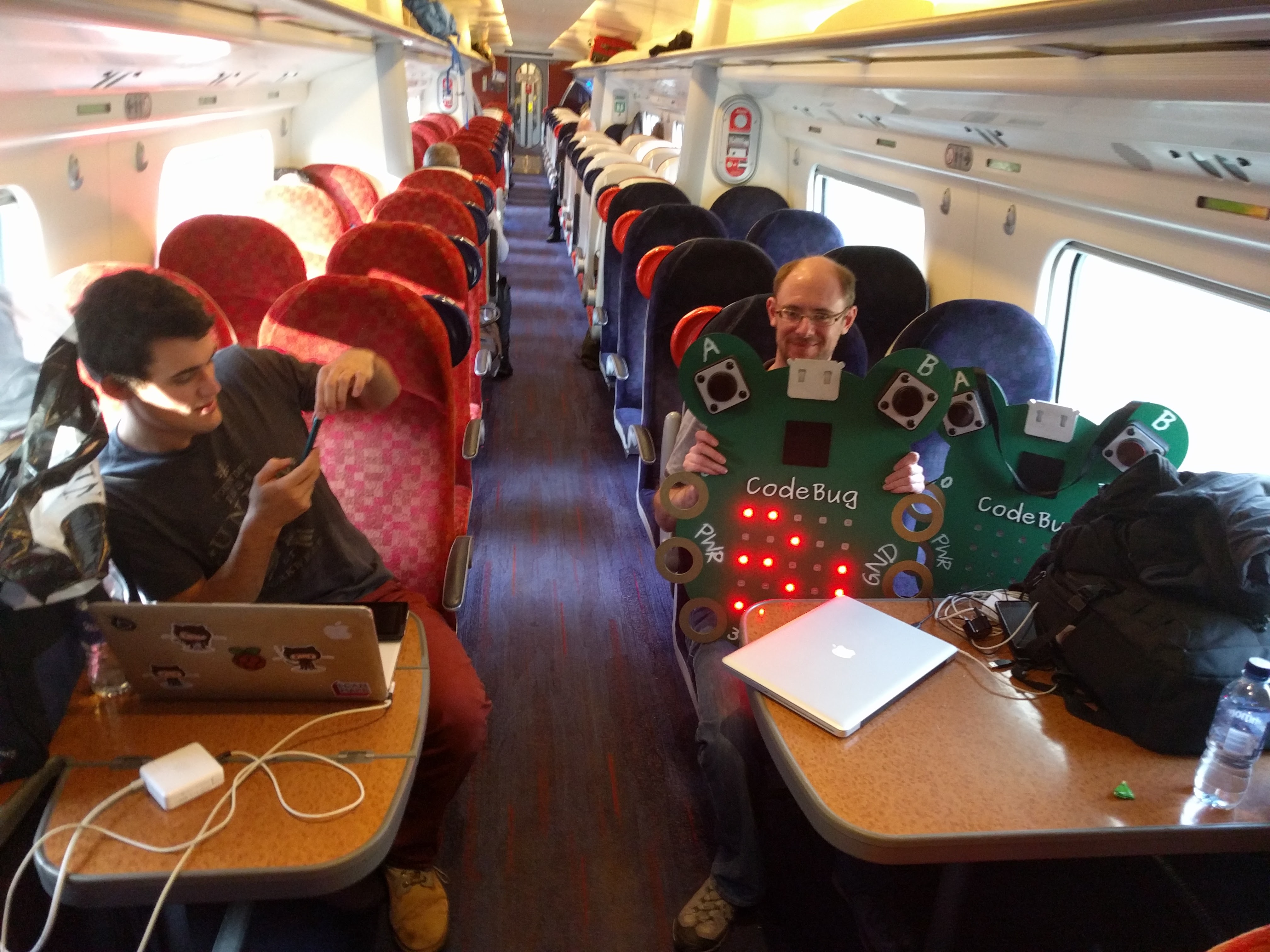 Rapid electronics were kind enough to host us on their stand at Bett alongside our friends MeArm and Mirobot. CodeBug is now available from Rapid's online store. 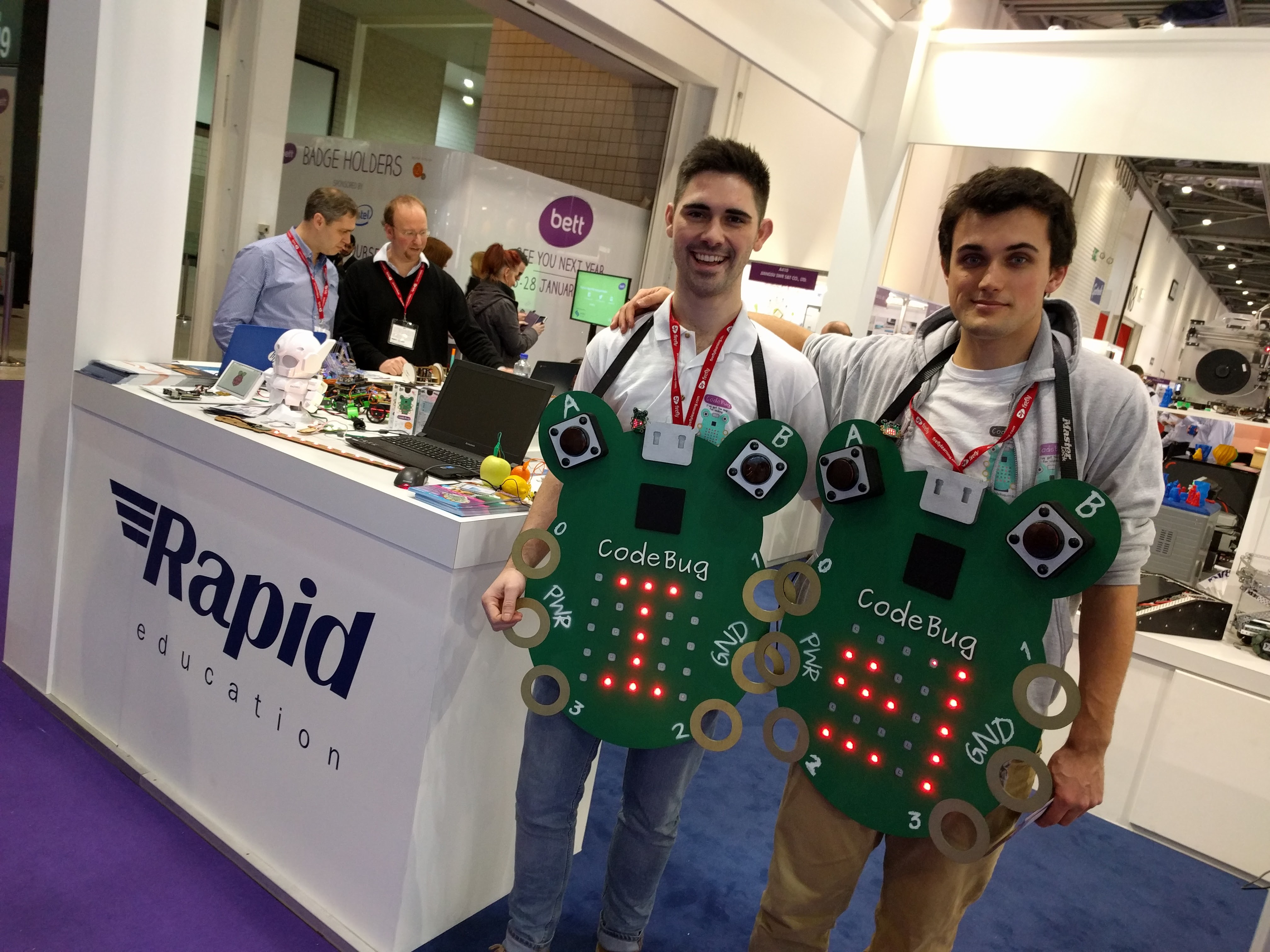 Teachers and students were lining up to try out CodeBug, and we gave lots of people their first taste of programming. 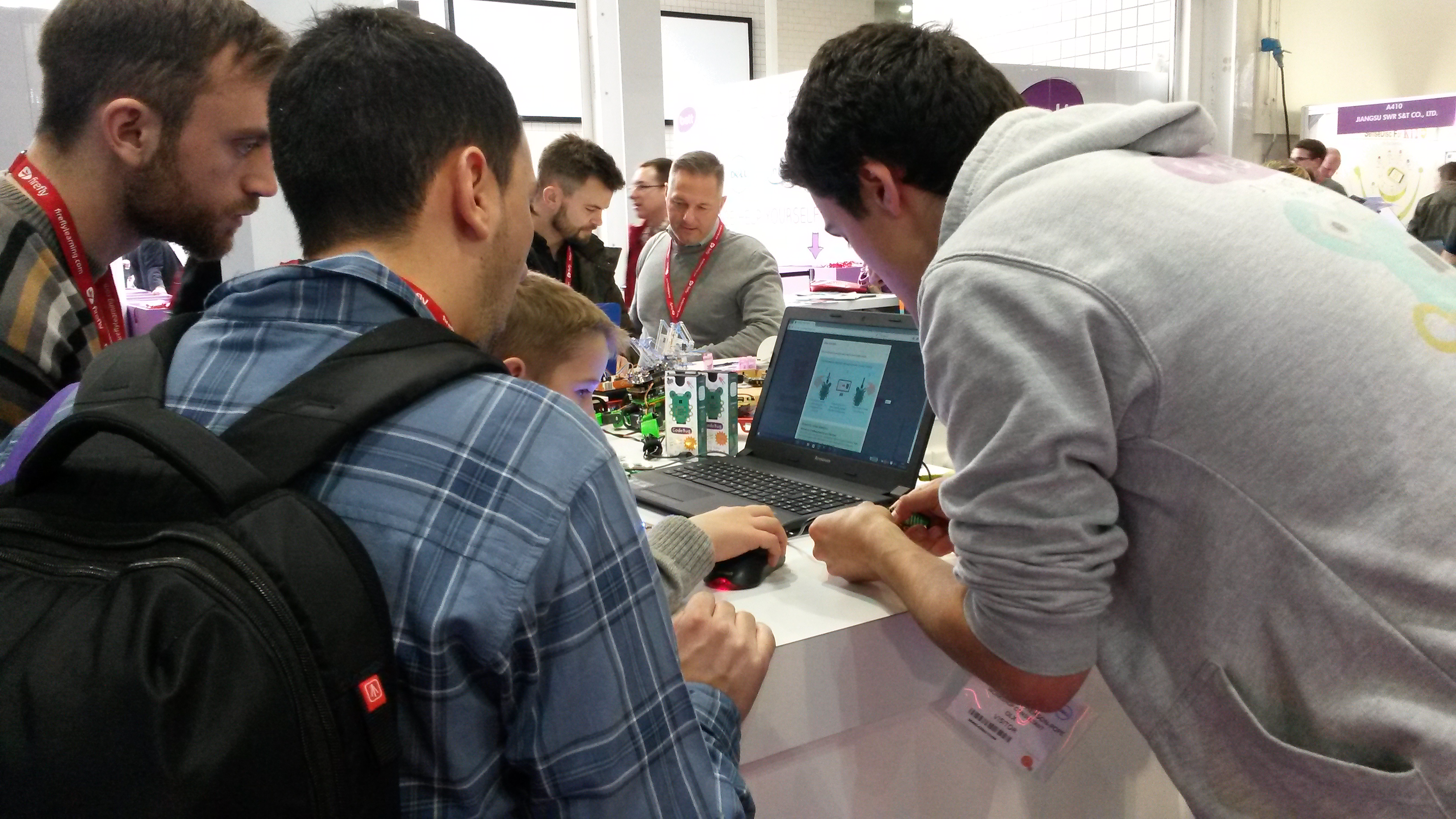 Everyone wanted to have a try with the big CodeBugs, below are just some of the lucky CodeBug costume enthusiasts

Ben Nuttall from Raspberry Pi even had his own caption competition on Twitter.

CodeBug had a good look around Bett and even ventured into the Minecraft world.